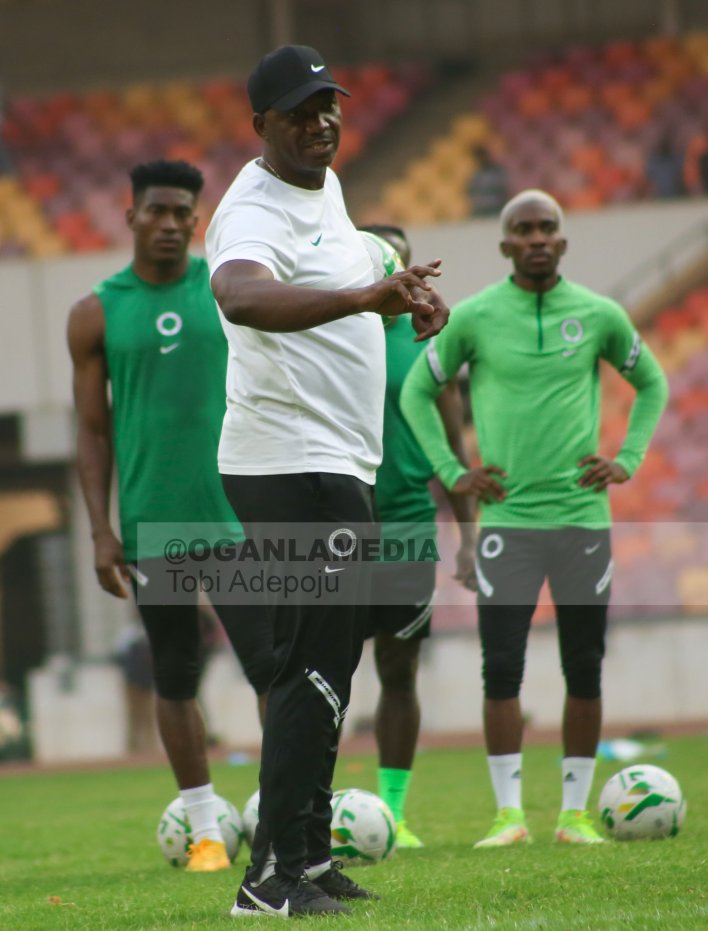 Interim coach of the senior national team of Nigeria Austine Eguavoen has picked out the one area his team need to work on before their opening AFCON 2022 game against Egypt on the 11th of January.

Nigeria ran out 2-0 winners over Cameroon side Coton Sport in a practice match with goals from Ahmed Musa and Samuel Chukwueze handing them the win in the game where Eguavoen played two different teams.

Speaking to the NFF official channel after the game, the coach praised both teams for their ball possession and movement as winning the game is good for the confidence of the team.

“Impressive because we played two different teams. Another 11 players in the second half just to see how the team will fare in the weather conditions. I will tell you we struggled a little bit with the weather. In terms of ball possession and movement. I think we were very impressive. Winning this game is a very good thing for us”, he said.

“They did very well. It’s really difficult to compare both teams. Yes they missed couple of chances and we scored only one goal. Second group came on , missed couple of chances also and scored only one goal. So result is Nigeria 2 Coton Sport nil but like we know it’s a practice match. Nobody wants to go in full force because we have to try to play safe a little bit but however, I think I am impressed with everyone who came in”, he rounded up his explanation.

On the tactics and the way he wants the team to play, the former Super Eagles defender who won the 1994 Africa Cup of Nations in Tunisia said the players responded well but need to work on arriving in the box, an area he hopes to fix before their opening game.

“The players did respond to my tactics but at times we didn’t because of fatigue. The ball movement is a bit faster as we require and they were doing that but as the game progress, you can see fatigue started setting in. So the ball movement became a little bit slower but the moment they recuperate. They always go out there and do exactly what we asked them to do but in front of goals we are too few.

“Nah OBO monkey be this”