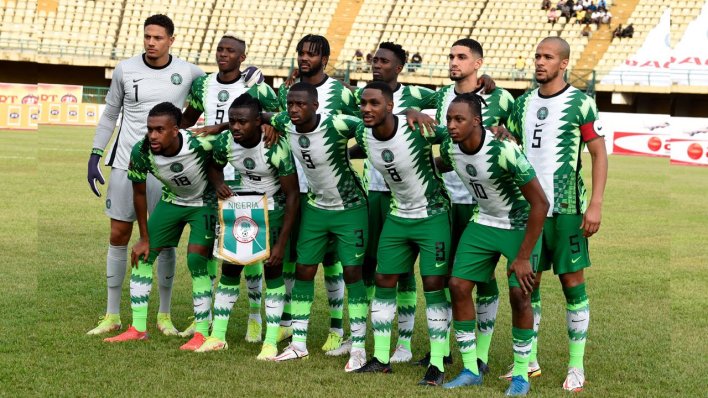 The Super Eagles of Nigeria defeated Cameroonian side Coton Sport Garuoa in a friendly game as part of their preparation for the 2021 Africa Cup of Nations.

Coach Austine Eguavoen lined up his players in a 4-2-3-1 formation. A formation he maintained despite making nine changes to the team that started the second half of the game.

Captain Ahmed Musa scored the opening goal of the game by profiting from a defensive mix up to give Nigeria the lead. He was however substituted for Alex Iwobi few minutes later after picking up a knock.

In the second half Moses Simon went on a mazy run before laying the ball on a plate for Samuel Chukwueze to score with the easiet of tap in. Below is how they were lined up for both half of the game.