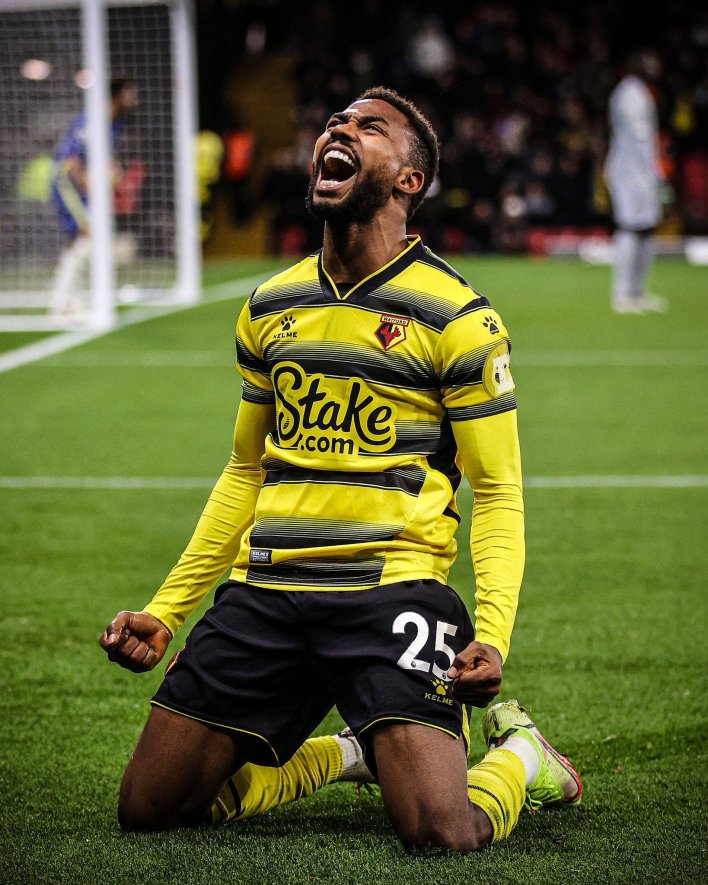 Dennis as reported by OwnGoalNigeria.com turned down the invitation to be a part of the Super Eagles squad to the 2021 Africa Cup of Nations on the account of Watford’s refusal to release him.

Watford claimed the player wasn’t sent the pre tournament invitation at the right time with coach Claudio Ranieri also confirming that the striker decided to stay behind and help Watford in their quest to beat the drop.

Eguavoen was asked about the situation behind the striker’s absence at the tournament and the coach mince no word in saying that it was down to Dennis to push Watford to be released for the tournament.

He faulted the committment of the 24 year old to playing for Nigeria at the tournament as even during his playing days they had to fight to be released by their respective teams in order to honour national team call up.

“We have to respect people opinions, but there are regulations to release players. It boils down to the individual players, you have to fight for it. We also battle such when we were playing and we fought it because it’s a privilege & honour to play for your country.”

Sudan Manager - Egypt Will Beat Nigeria, They Are Better Than Super Eagles

My father died because Wizkid did not give me N10million — Rapper, Ahmed cries out after 4yrs (Video)