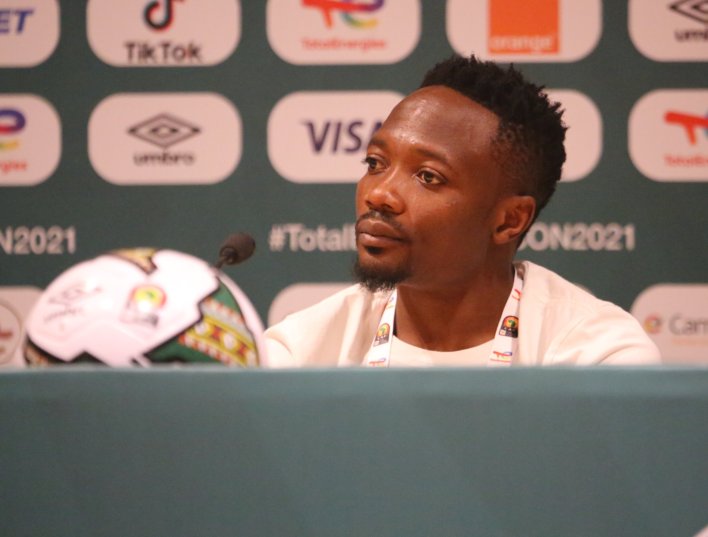 The captain of the senior national team of Nigeria Ahead Musa says he won’t be playing at any other Africa Cup of Nations tournament after the ongoing edition in Cameroon.

Musa won the tournament with Nigeria in 2013 and also played in the 2019 edition where they finished third. 29 year old Musa however said he won’t be appearing at another tournament after this.

He made the revelation while speaking at the pre match conference ahead of their opening game of the tournament against Egypt tomorrow in Garuoa. He is still keen on leaving on a high and said he will continue to give his best when called upon.

“This will be my last AFCON. I will always give my best when I am called up, either in the tournament or the qualifiers. I want to give my best always”, he said.

He is presently the most capped Nigerian player with 103 caps to his name. A tally he will likely eclipse at the tournament with Nigeria keen to go all the way to the final of the tournament.

I Respect Him, I Won't Reply Him- Egypt Star Salah Plays Down Ahmed Musa's Jibe At Him

4 Hottest Girls Davido Has Slept With

Sadiq, Onyekuru, Nwakali On Target In Super Eagles Training Ahead Of Sudan Game

Sudan Manager – Egypt Will Beat Nigeria, They Are Better Than Super Eagles