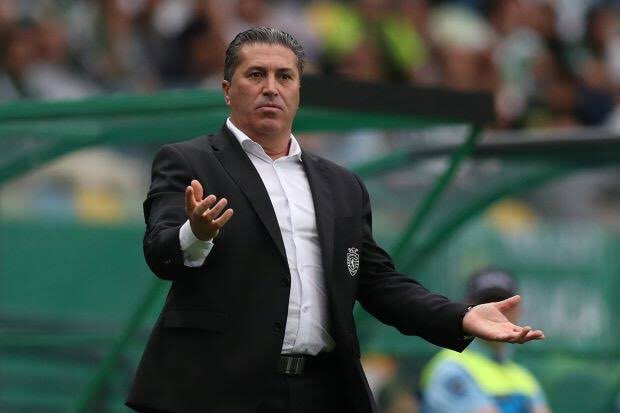 The president of the Nigeria Football Federation (NFF) Amaju Pinnick has given his word of assurance to incoming coach of the senior national team of Nigeria Jose Peseiro that his salaries won’t be an issue.

NFF have had issues in settling salaries of past coach and still owe former coach of the team Gernot Rohr around three months salaries aside the fact that he will be entitled to earn his salary for the remaining part of his contract.

Players of the Super Eagles are also owed match bonuses with captain of the team Ahmed Musa confirming that they are yet to be paid their bonus for two of the games during the course of the World Cup qualifiers.

Per the above issues, there have been talks about how the Federation will offset the payment of salaries of newly appointed coach Jose Peseiro, who will take over from interim coach Austine Eguavoen immediately after the 2021 Africa Cup of Nations in Cameroon.

Pinnick has allayed such fears by explaining that they are putting plans in place to help offset the debts owed to former coach Rohr as well as the salary for his successor Peseiro who will begin work in March.

”We’re working on having other sponsors who will be responsible for his salaries. This way, there will be a warehouse for his salaries. Gernot Rohr’s outstanding debts will be cleared in the next 10 days. There’s not going to be any friction between us concerning his entitlements. What we are sure is that the new coach will not be owed a dime, at least, for the next six months”, he explained.

How Super Eagles Players Lined Up In Training Match Ahead Of Sudan Game, Nwakali, Sadiq, Onyekuru On Target

Burna Boy Seen Chilling in Luxury Beach House, Vows to Buy Property From Owners After They Refused His Offer (Video)

“Wizkid Has Not Finished Taking Care Of His Children, It’s You He Wants To Give #10 Million” – Reactions After Ahmed Called Out Wizkid (Screenshot)